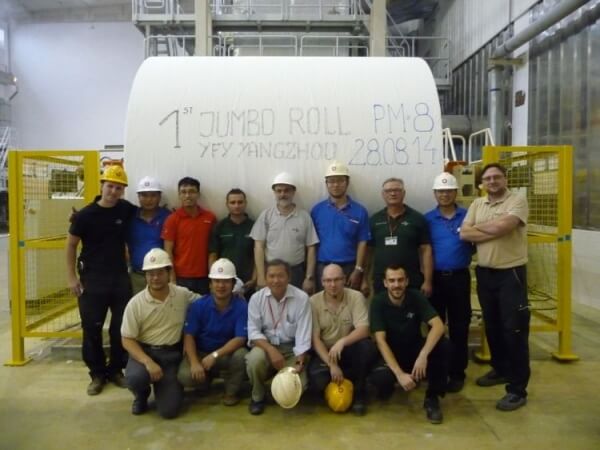 After a year of intense promotion PMP Group has entered the final stage of its Three Forces of PMP Group – Earth, Wind & Fire campaign. Metaphorical properties of forces of nature have become an inspiration for PMP Group to start a campaign which symbolizes the benefits of the company’s three major, technological lines in the P&P business – Intelli-Technology® (Earth), Intelli Tissue® (Wind) and Phoenix Concept™ rebuilds (Fire).

Up till now the viewers had the opportunity to see adverts, movies and articles in regard to Wind (Intelli-Tissue®) and Fire (Phoenix Concept™). Now the time has come to present the final element – Earth (Intelli-Technology® - Platform Concept for Papermakers). This specific line is characterized by low media consumption (ECO) and high runnability – thus the green color and the connection to Mother Nature. In this specific area paper producers are offered complete paper machines for special papers (like MG), as well as highly advanced paper and board units. Product portfolio covers all key technological sections of PM: Intelli Jet V® hydraulic headbox, dewatering unit – Intelli-Top® former, Intelli-Nip® Shoe Press, Intelli-TriNip™ press, Intelli-Sizer™ metering size press (film press), Intelli-MicroCrepe™ and an Intelli-Reel®. PMP Intelli-Technology® Platform, as a compact and flexible solution for paper & packaging producers, reflects all benefits that are associated with one of the most powerful Forces of Nature – Earth.

Entering the final stage of the Three Forces of PMP Group campaign however, does not mean its end. By fulfilling the last phase of the project the company has taken the idea to the next level and despite maintaining the general concept, developed it to meet wider expectations. New releases are planned to be implemented since the beginning of 2016 and will include all three mentioned before Forces. More information to come.