PMP Group to supply the next Intelli-Tissue® machine to China 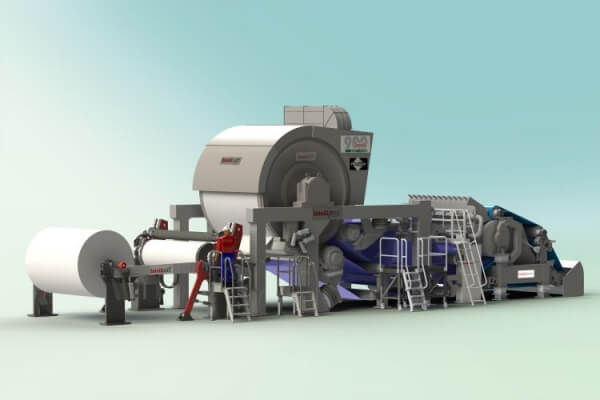 Following the expansion strategy on the Chinese market, in October 2012, PMP Group – a global provider of paper technology, has signed a contract with Henan Hulijia Paper for the Intelli-Tissue® 900 EcoEc line.

Hulijia Group within the last ten years has grown into one of the companies with the most competitive vitality and development potential in the tissue paper industry in China, providing professional nursing products.

The Intelli-Tissue® 900 EcoEc machine for Henan Hulijia of double-press configuration, of design speed 1200 mpm and a reel trim of 2.85m will produce virgin fiber-based tissue (52 t/d). Except for premium quality of the final product, the TM is characterized by ultra-low media consumption figures. Intelli-Tissue® 900 EcoEc has been introduced to the market in March this year, during the PMP Open House in Changzhou, hosted by PMP Group and the Henan Association.

PMP’s scope of supply covers i.a. approach flow system, entire tissue machine - including auxiliary systems like lubrication, steam & condensate, mechanical drive and tissue machine controls. The line will be designed in Europe and manufactured both in China and Poland. PMP Group is implementing this way Optimum Cost Solution strategy and takes the advantage of the favorable location of its Center of Excellence – PMP IB (Changzhou) Machinery & Technology Co. Ltd. TM start-up is scheduled at the end of 2013.