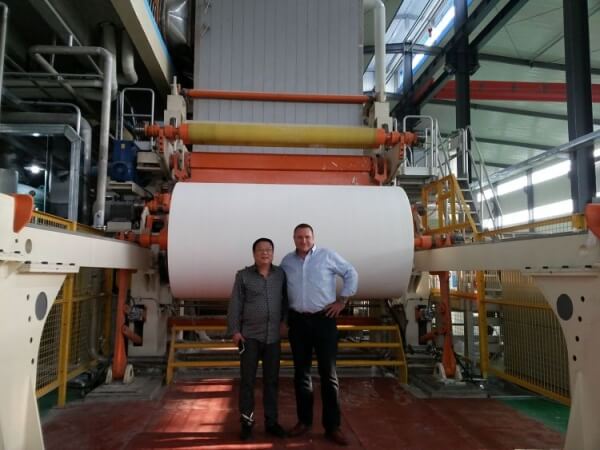 In April 2013, after announcing a massive expansion plan which included investing over 260 mln US dollars in Taiwanese and Chinese plants, Yuen Foong Yu corporation has placed an order for four (4) new PMP Intelli-Tissue® 1600 machines. After delivering three (3) TMs in the past for YFY Beijing and Yangzhou mills, PMP Group has been chosen again to support YFY’s development. Taking all projects into consideration, the new order have made a total amount of seven (7) complete, new PMP Group machines in the YFY fleet. Therefore, it is our pleasure to announce that on July 3rd, at 5:40 PM local time, the first from four Intelli-Tissue® 1600 machines has been brought on stream as planned.

This was the first out of four start-up’s that are scheduled for 2014/2015. Both PMP Group and YFY team effort resulted once more in an exquisitely fast start-up and a first Jumbo Roll that was reeled without any paper breaks. Experience gathered during the PM#7 start-up allows to anticipate that the following ones will be equally successful and will continue a fruitful partnership based cooperation between PMP and YFY.